NEC Society Founder Jennifer Canvasser with her son Micah, who died of NEC. 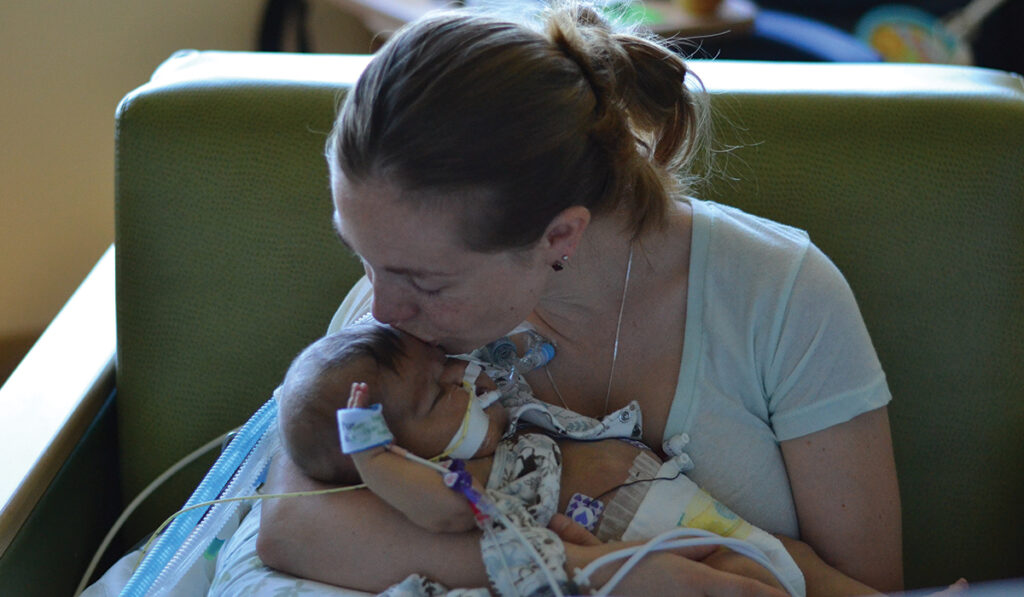 NEC Society Founder Jennifer Canvasser with her son Micah, who died of NEC.
In-depth characterization of necrotizing enterocolitis yields new data on the burden of sepsis and how to predict those at highest risk.

There are few studies characterizing necrotizing enterocolitis (NEC) – a condition increasingly common among preterm babies as viability inches toward a lower and lower gestational age.

NEC impacts between 5 and 10 percent of infants with a birthweight under 1,500 grams (3.3 pounds). Understanding the nature of their risks is important for better stratification of the disease and prevention of sequalae.

“NEC is a horrible disease,” said Jörn-Hendrik Weitkamp, M.D., director of Patient Oriented Research at Monroe Carell Jr. Children’s Hospital at Vanderbilt. “Not only do a third of these babies die, but many who survive are suffering organ damage, including brain injury. Yet we haven’t had a solid way to predict who will develop the disease or who will have worse outcomes.”

To address this knowledge gap, Weitkamp worked with investigators at University of Mississippi Medical Center to analyze 20 years of clinical and demographic data on infants with NEC. The study goal was to better characterize NEC, with and without sepsis, and identify babies who are at highest risk of long-term impairment.

“What was new in this study was adding sepsis to the equation,” Weitkamp said. “NEC patients with sepsis seem to have more inflammation, which has as-yet-unexplored consequences for their development. These babies needed more support, and our study showed that having sepsis in addition to NEC significantly increases their risk for kidney injury and brain damage.”

As Weitkamp explained, in NEC, parts of the baby’s underdeveloped small intestine and colon die. Pathogens, especially bacteria, that enter the neonate’s system postpartum are implicated in its etiology.

“There is a chicken and the egg puzzle here. Does NEC cause the sepsis or does sepsis cause the necrosis? We don’t know for sure,” Weitkamp said.

“There is a chicken and the egg puzzle here. Does NEC cause the sepsis or does sepsis cause the necrosis?”

The retrospective study, published in Pediatric Research, included 209 infants with medical (98) or surgical (111) NEC. It details the connections between NEC-associated sepsis and the variety of bacterial and fungal pathogens found.

Treatment for NEC from both Gram-positive and -negative bacteria, including anaerobic bacteria, is typically ampicillin, gentamicin and metronidazole. In NEC-associated sepsis, dosages and duration of treatment are typically elevated. Weitkamp says these antibiotics take care of most bacteria found in NEC, but the treatment is not guaranteed.

“Some Staph bacteria like coagulase-negative staphylococci are not covered, and more and more Gram-negative bacteria are becoming drug-resistant,” he said.

Overall, about 25 percent of neonates with NEC had a positive blood culture. However, babies who had surgery for NEC had a higher rate of sepsis at disease onset than medically managed babies (29.7 percent versus 17.3 percent). Half of the babies with surgical NEC developed short gut syndrome.

“For those who have sepsis, our studies also point to long-term complications of short bowel syndrome, nutritional deficiencies and cognitive deficits,” Weitkamp said. “We think these infections cause gut-derived T cells to move into the brain and prevent oligodendrocytes from making myelin sheath.”

What was surprising, however, was that despite the more intense treatment needs and the higher inflammation with Gram-negative bacteria, the researchers found Gram-positive bacteria to be associated with higher risks of longer-term morbidity, including brain injury.

“We always think that Gram-negative bacteria are worse because they are harder to treat and cause more inflammation,” Weitkamp said. “But the study shows that we may need to be as alert or more so to these Gram-positive bacteria that are not necessarily responding to the standard medications.”

“We may need to be as alert or more so to these Gram-positive bacteria that are not necessarily responding to the standard medications.”

“Knowing that surgical NEC, in particular, can cause brain injury, and that Gram-positive bacteria may be as dangerous or more so than other pathogens, I think an MRI is probably a good idea after NEC, and particularly after NEC-associated sepsis,” Weitkamp said. 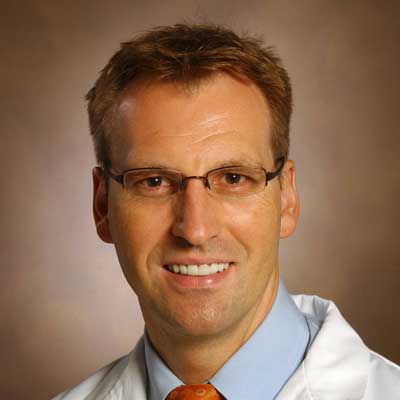 Jörn-Hendrik Weitkamp, M.D., is director of Patient-Oriented Research and a professor of pediatrics and neonatology at Monroe Carell Jr. Children’s Hospital at Vanderbilt. His research focuses on neonatal immunology, neonatal infectious diseases and necrotizing enterocolitis.