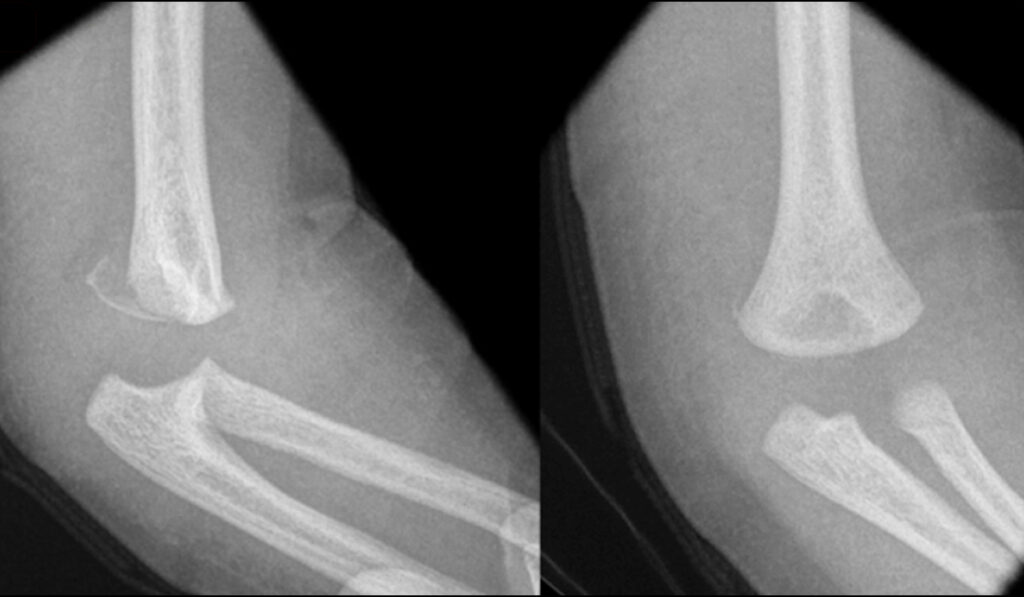 Now, researchers at Monroe Carell Jr. Children’s Hospital at Vanderbilt have mined the largest available database of pediatric elbow fractures to better inform decisions on whether a child should be referred to investigators on suspicion of a non-accidental injury.

“Experienced clinicians seeing these injuries have a sense for when things do not add up. Our goal was to add hard data to support this expert clinical intuition,” said Stephanie Moore-Lotridge, Ph.D., an assistant professor in the Department of Orthopaedics at Vanderbilt University Medical Center and an author on the new fracture study.

Without objective data, clinicians are forced to rely largely on experience and subjective judgment. Research facts can give doctors back up in making these referral decisions.

“From this data, we can now say that, in children under the age of 1, the odds of non-accidental trauma are one-in-three, giving an objective reason to investigate if an elbow fracture may have occurred through a non-accidental mechanism,” said Jonathan Schoenecker, M.D., the Jeffrey W. Mast Chair in Orthopaedics Trauma and Hip Surgery and the study’s principal investigator. “It enables the physician to make the referral to the internal child protection group and turn their focus to the business of caring for the child.”

In 2018, there were over four million formal allegations of child abuse and more than 1,770 deaths that were deemed abuse-related in the United States. Referral for investigation unveiled a significant number of cases, with about one in six of these children confirmed as victims of abuse. Despite the medical community’s awareness, about 20 percent of abuse-related fractures in the United States are overlooked or misidentified as accidental.

“Experienced clinicians seeing these injuries have a sense for when things do not add up. Our goal was to add hard data to support this expert clinical intuition.”

Cases of non-accidental trauma are classically associated with certain fracture locations in children – such as the femur, posterior rib, and humeral shaft, while elbow fractures are one of the most common forms of accidental injury in children.

Yet, for the youngest patients – those under age 1 – an elbow fracture does not automatically indicate accidental trauma.

“This study helps identify characteristics of elbow fractures that should increase suspicion for abuse,” Moore-Lotridge said.

Age is the Primary Factor

To find this data, Schoenecker, Moore-Lotridge, and a team of medical students from Vanderbilt’s Research Derivative looked at all elbow-fracture records at the Children’s Hospital between 2007 and 2017.

“From this data, we can now say that, in children under the age of 1, the odds of non-accidental trauma are one-in-three, giving an objective reason to investigate if an elbow fracture may have occurred through a non-accidental mechanism.”

Across the study period, 4,415 pediatric elbow fractures were evaluated and cared for. The researchers found 347 cases (7.9 percent) in which child protection consultations followed the initial workup of the fracture. Eighteen of these referrals (5.2 percent of the total) were positively identified as victims of intentional injury.

“We found that if the child is older than 1 and they have an elbow fracture, there is a 0.1 to 1.0 percent chance that it is non-accidental,” Moore-Lotridge said. “But under the age of 1, particularly with a transphyseal fracture, a different story emerged.”

While only 0.4 percent of elbow fractures in the study group were identified as non-accidental, for patients under 12 months that figure was 30 percent. 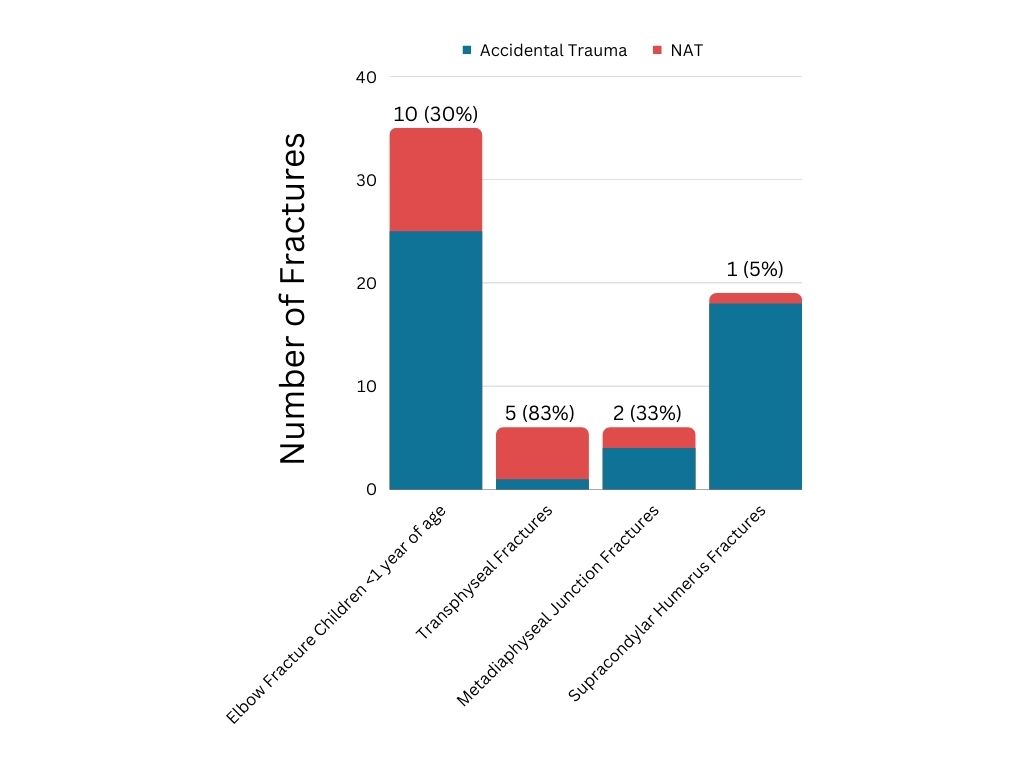 Accidental and non-accidental fractures by age.

In stark contrast, fracture type was not determined to be an indicator of intentional injury in children older than 1. Non-accidental elbow fractures in patients between the ages of 1 and 2 was just 1 percent, and the figure dropped to only 0.1 percent in patients over the age of 2.

The findings illustrate why providers should exercise scrutiny of elbow fractures – specifically transphyseal elbow fractures – in babies under a year old, reflecting the common response for children presenting with a femur or humeral shaft fracture.

At the Children’s Hospital, abuse referral decisions that stem from study-generated data have been adopted as hospital policy. A child protection team comprising social workers and a physician are at the ready to evaluate the referral and, when applicable, refer the case on to the Tennessee Department of Children’s Services.

“Accusing a parent or other caregiver is obviously an uncomfortable endeavor, but even worse is missing a situation where a child has been abused,” Schoenecker said. “You never want to send a child that presents with a non-accidental injury back home into a dangerous situation. Relieving the physician of being arbiter of truth is a huge step toward ensuring that.” 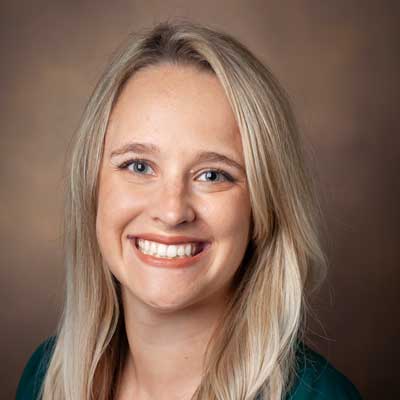 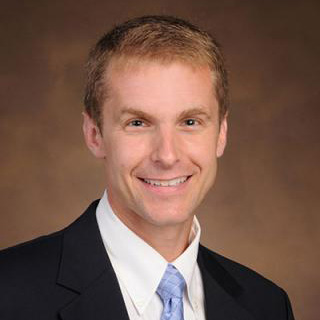 Stephanie Moore-Lotridge, Ph.D., is an assistant professor in of orthopaedics at Vanderbilt University Medical Center and a member of the Vanderbilt Orthopaedics Translational Education and Research (VOTER) Group. Her research is aimed at improving the care and outcome of pediatric patients with musculoskeletal trauma and infections, with a focus on understanding the molecular mechanisms behind immunothrombotic complications.

Jonathan G. Schoenecker, M.D., Ph.D., is the Jeffrey W. Mast Chair in Orthopaedics Trauma and Hip Surgery, and a professor of orthopaedics, pathology, pharmacology and pediatrics at Vanderbilt University Medical Center. His research focuses on the biochemical underpinnings of pediatric bone disorders.