Potential for Patient Dissatisfaction a Top Stressor for Many MDs

Potential for Patient Dissatisfaction a Top Stressor for Many MDs

Consequences of patient satisfaction ratings are impacting behavior and dampening the enthusiasm of pain interventionalists.

Physicians trying to navigate a medical practice today find themselves between a rock and a hard place. Make that two.

In a classic catch-22, physicians are perpetually embroiled in decisions in which they must weigh what is best for the patient, what the patient wants, and what the insurers will reimburse.

Walking this tightrope has become a major contributor to physician burnout. Several surveys have demonstrated that patient satisfaction scores are viewed as especially arbitrary and onerous when used to evaluate professional stature and compensation.

Byron J. Schneider, M.D., an associate professor of physical medicine and rehabilitation at Vanderbilt University Medical Center, worked with colleagues to explore this conundrum through a survey of fellow pain and spine interventionalists.

Among the most concerning findings was that patient satisfaction scores – frequently tied to compensation, accreditation or reimbursement – are viewed as a source of stress, with half of the physicians surveyed said concern over patient scores had influenced their clinical decision-making process at least once.

“We found that a large proportion of physicians order procedures or medications they wouldn’t otherwise order,” Schneider said. “It is not clear if empowered consumerism in health care is associated with improved outcomes or more cost-efficient patient care. What is clear is that it often influences physician behavior away from their preferred course of action.”

In his recent study, Schneider found that 77 percent of spine interventionalists reported that their institution tracks individual scores and uses them in considering financial compensation (22 percent) or performance reviews (36 percent).

“If a physician sees 20 patients in a day, hopefully they haven’t made decisions purely to make their patients happy, but sometimes a patient’s urgings might change a decision, consciously or subconsciously, to avoid dissatisfaction,” Schneider said. “If you’re doing that even once a day, that’s a suboptimal environment.”

The survey was delivered by email and viewed by 1,116 members of the Spine Intervention Society. Over 100 participants completed the survey, with nearly 90 percent reporting that they practiced in the United States. Eight survey questions dealt with health care utilization and six with physician job satisfaction.

“It is not clear if empowered consumerism in health care is associated with improved outcomes or more cost-efficient patient care. What is clear is that it often influences physician behavior away from their preferred course of action.”

More than half of respondents reported believing their scores would fall if they did not fulfill certain patient requests. Over half said they had ordered physical therapy, MRIs, opioid medications, spinal injections, or provided disability documentation based on a concern that failing to do so might impact their scores.

Opioid prescribing is of particular concern, noted the study authors. However, previous research has provided a mixed message.

“In sum, there is strong evidence that overutilization of services and questionable prescribing may be an unintended consequence of an emphasis on patient satisfaction scores,” Schneider said.

An overwhelming majority –  87 percent – said they did not believe the emphasis on patient satisfaction scores was consistent with the Hippocratic Oath.

“There is strong evidence that overutilization of services and questionable prescribing may be an unintended consequence of an emphasis on patient satisfaction scores.”

In the meantime, the impact of patient satisfaction scores may be working against health care quality. When anxiety over satisfaction scores derails the career of a gifted clinician lacking an affable bedside manner, for example, the overall system suffers.

Schneider says solutions may lie in changing the way patient feedback is used.

“We need to stop treating physicians like they are customer-service agents,” Schneider said.

“Gather the input but evaluate it more institutionally and with full cognizance that patient biases and incentives are far from perfectly aligned with outcomes. It’s important to look behind the curtain before generalizing or leveraging significant stakes for the physician based on this input.

“The last thing we need is for more physicians to feel the added pressures of an institutional injustice, impacting their satisfaction and health, and even leading them to throw in the towel.” 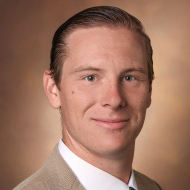 Byron Schneider, M.D., is an associate professor of physical medicine and rehabilitation and director of the North American Spine Society Interventional Spine and Musculoskeletal Fellowship at Vanderbilt University Medical Center. His clinical and research interests are on non-operative management of the spine with a focus on fluoroscopic interventional spine procedures. 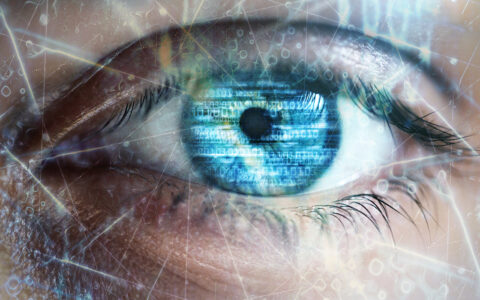