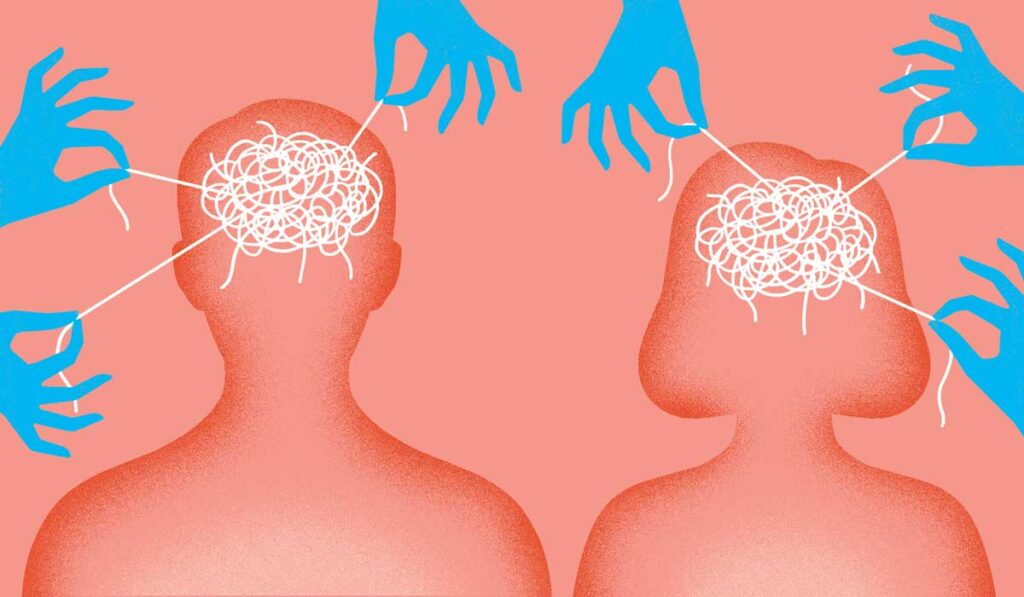 In a disease characterized by neurofibrillary plaques and tangles, the many genetic signatures and phenotypes associated with Alzheimer’s disease represent an additional Gordian knot for diagnosticians.

Research led by investigators at the Vanderbilt Memory and Alzheimer’s Center has zeroed in on sex differences as one of the ends worth tugging.

With over $4 million in new funding from the National Institute on Aging, computational geneticist Logan Dumitrescu, Ph.D., an assistant professor of neurology at Vanderbilt University Medical Center, will leverage longitudinal studies of patients with Alzheimer’s disease and cognitive aging to perform the largest sex-specific genome-wide analyses of Alzheimer’s disease endophenotypic traits to date.

This builds on her prior work with smaller numbers of individuals that unveiled sex-related associations between genetic factors and observed differences in neuropathology at autopsy and in Alzheimer’s disease biomarkers.

“We hypothesize that the striking sex differences observed in Alzheimer’s disease are due, in part, to genetic factors that are acting in a sex-specific manner,” Dumitrescu said. “For example, we know that polymorphisms within the gene for brain-derived neurotrophic factor have been shown to be associated with clinical Alzheimer’s disease among females, but not males. What other genes act in a similar manner, and will they help to explain this variability we observe between men and women?”

The hope is that the identification of such genetic markers could pave the way for personalized interventions tailored to the sex and neuropathology status of the individual.

“The emerging picture of sex-specific genetic contributors has already begun to shape our theoretical understanding of Alzheimer’s disease, but much more research is needed.”

Two-thirds of the more than six million Americans currently diagnosed with Alzheimer’s disease are women. However, the conclusion that this is because women live longer is easily thwarted by their tendency for more rapid disease progression. Women tend to experience greater neuropathology and more severe cognitive symptoms and neurodegeneration than their male counterparts.

Further, there is evidence that men and women react differently to neuropathology, with women experiencing more rapid cognitive decline even with similar levels of amyloid and tau as men.

“Sex differences in Alzheimer’s disease are well recognized, yet past genetic studies rarely interrogated these on a large scale,” Dumitrescu said. “Indeed, most of the time, sex was treated as a nuisance variable that was regressed away in genetic analyses. It is only recently that the field has come to recognize that some genetic factors that play a role in Alzheimer’s disease may be sex specific.”

Dumitrescu and her team will leverage data from 30 longitudinal cohorts and perform a sex-specific genome-wide association study of the endophenotypic traits of Alzheimer’s. The data will include PET scans, cerebrospinal fluid and autopsy measures of amyloidosis and tau burden, as well as longitudinal cognitive assessments.

The goal of the research is to identify sex-specific genetic markers of amyloid pathology, tau pathology and cognitive decline, looking for novel loci, genes and pathways that play a role in the development or progression of Alzheimer’s disease.

APOE Gene and Beyond

Numerous studies have demonstrated sex differences in the effect of the APOE gene, the most robust genetic risk factor for Alzheimer’s disease.

“Most of the time, sex was treated as a nuisance variable that was regressed away in genetic analyses.”

Previous work from Dumitrescu and colleagues has demonstrated notable sex differences in the association between APOE and biomarkers of Alzheimer’s disease neuropathology. Specifically, they found higher levels of CSF tau in female APOE-ε4 carriers than male carriers.

This newer work seeks to move beyond APOE to interrogate the entire human genome, including the X chromosome, which is greatly understudied.

“Many X chromosome genes perform unique functions, so characterizing the role of that chromosome in Alzheimer’s disease can provide insights into etiological differences between males and females, as well as a broader biological perspective on disease etiology,” Dumitrescu said.

Dumitrescu says drug targets are the hoped-for outcome of this work. The identification of sex-specific genetic drivers of Alzheimer’s disease and related endophenotypes could transform treatment.

While progress has been made in precision interventions, the recognition of sex as a fundamental contributor to individual variability in Alzheimer’s disease risk, progression and treatment response has lagged.

“In order to move the field toward more effective prevention and treatment strategies, we researchers need to actively prioritize sex considerations in our studies of Alzheimer’s disease,” she said. “The emerging picture of sex-specific genetic contributors has already begun to shape our theoretical understanding of Alzheimer’s disease, but much more research is needed.” 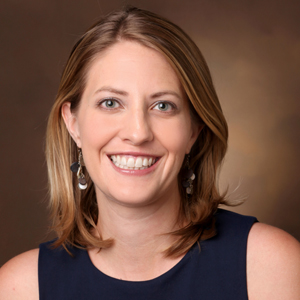 Logan C. Dumitrescu, Ph.D., is a computational geneticist and an assistant professor of neurology at Vanderbilt University Medical Center. Her research focuses on the molecular and genetic factors that contribute to risk and resilience from Alzheimer’s disease and efforts to identify novel treatment targets for Alzheimer’s disease.