Harnessing the Imagination for IBD Relief

Harnessing the Imagination for IBD Relief

Meditative practices that help people regulate their emotions are proving useful adjuncts to psychological interventions like cognitive behavioral therapy. These practices are being explored across a wide spectrum of adult and pediatric conditions, including Crohn’s disease.

Alexandra Russell, M.D., a pediatric gastroenterologist at Monroe Carell Jr. Children’s Hospital at Vanderbilt, believes children with chronic and relapsing gastrointestinal disorders, such as inflammatory bowel disease (IBD), can benefit from leveraging something unique to their life stage: a vivid imagination.

“Clinical hypnosis works beautifully for children because of that open mindset and imagination,” Russell said. “It’s actually very easy to get a child into a hypnotic state because being read stories or listening to music is part of their daily lives.”

This extends to the adolescent population, as well. After studying the impact of self-hypnosis audio tapes for adolescents, Russell and her colleagues began to regularly connect teens with therapists licensed in hypnosis at Vanderbilt and beyond.

Psychotherapy, relaxation techniques, mindfulness-based therapies, biofeedback, yoga and clinical hypnosis all show benefit for functional gastrointestinal diseases like irritable bowel syndrome (IBS), but less is known regarding their effects on autoimmune conditions like IBD. Only small case studies have reported findings that hypnotherapy improves inflammation and pain in adolescents with IBD.

The team was encouraged to explore IBD benefits based on clinical studies for other disorders in children. Russell says beneficial effects of clinical self-hypnosis can extend years beyond a program’s implementation. Patients have reported improvements in pain, which were even more marked for those who continued to practice.

“Clinical hypnosis works beautifully for children because of that open mindset and imagination.”

“This is one tool in their toolbox to manage pain and coping and give them some control when they feel like they don’t have any.”

Preclinical evidence supports that the pathophysiology of IBD is rooted in bidirectional communication between the gut and the brain. Stress is a widely acknowledged trigger of painful IBD flares. Of note, neuroimaging studies of people in a hypnotic state show that certain areas of the brain involved in pain become less active.

“There definitely seems to be a neurologic impact there, and the physiologic response follows,” Russell said. “We think gut motility is mediated by the vagus nerve. This gut-brain connection also seems to decrease cytokine release, having an anti-inflammatory effect.”

To study the impact of hypnosis in children, Russell’s team randomly assigned 20 adolescents with active or inactive Crohn’s disease (mean age 15.8 years) to a hypnosis intervention and 20 to a waitlist control group. The intervention, described in the Journal of Pediatric Gastroenterology and Nutrition, consisted of one in-person clinical hypnosis session followed by self-hypnosis education, and recordings for home practice to be done four times a week.

“The initial scripts were personalized, so that the patient was not listening to something generic but something that spoke to themselves and their disease,” Russell said.

“IBD is a chronic, life-changing disease, where the focus is not just on pain but also on remission and disease control.”

However, the teens’ own quality of life reports did not match their parents’ and was relatively unchanged. Russell says this is the reverse of what they see in IBS and other functional disease patients, but she sees some logical reasons for the difference.

“With the IBS population, there’s so much focus on pain, with parents and physicians asking about pain all the time, so pain relief becomes the broad barometer of success for everyone,” she said.

“IBD, on the other hand, is a chronic, life-changing disease, where the focus is not just on pain but also on remission and disease control. It may take longer for them to notice or acknowledge an improvement in their lives.”

Russell and her team are using the findings as a springboard to research biological changes that self-hypnosis may engender.

“We need studies to better delineate the specific brain-gut pathways most influenced by hypnotherapy in the IBD population. Are we impacting pain perception more or having an impact on the disease itself? Doing a larger and longer study looking more at fecal biomarkers of inflammation would be helpful.”

The team is also applying for grants to use clinical hypnosis to treat patients with functional nausea, employing audio recordings as patients are monitored with an electrogastrogram to record motility changes in the stomach. 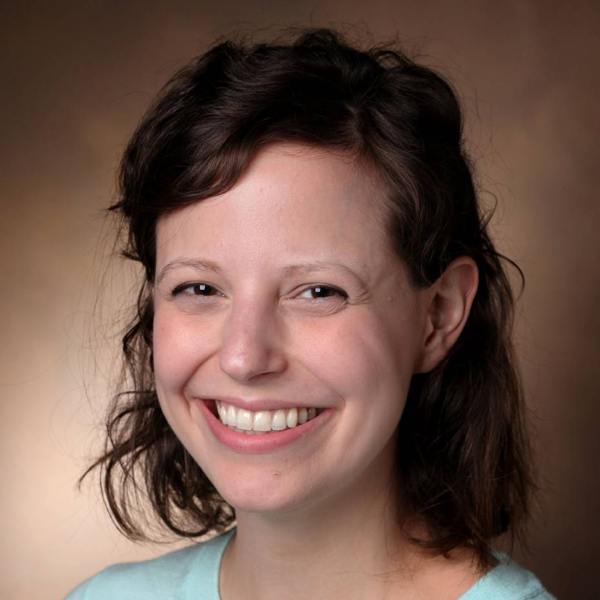 Alexandra Russell, M.D., is a pediatric gastroenterologist at Monroe Carell Jr. Children’s Hospital at Vanderbilt and assistant professor of pediatrics at Vanderbilt University Medical Center. Her research focuses on the pathophysiology and long-term effects of chronic nausea in children and developing personalized therapies to improve the lives of children with gastrointestinal disorders.